THE PRIME OF MISS LOIS SMITH, by Susan King 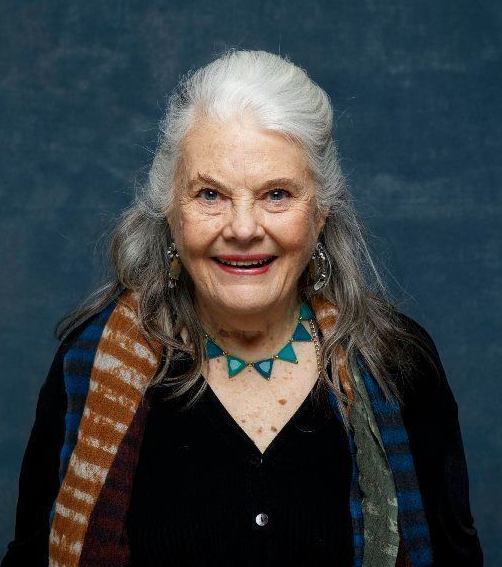 “It’s absolutely lovely,” she said during recent phone interview from her home in New York. “The problem I’ve been having with my feelings is that I think ‘Wait a minute, wait a minute, I’m not a movie star.”’

Smith, a youthful 86, is definitely a movie star in her latest film, Marjorie Prime, which screens Oct. 21 with her first film, 1955’s East of Eden.

The actress first played the role of Marjorie in Jordan Harrison’s futuristic play three years ago at the Mark Taper Forum. And she’s received accolades for the film version, written and directed by Michael Almereyda, as an 86-year-old woman who lives with her bitter daughter (Geena Davis) and genial son-in-law (Tim Robbins) at a beach house.

Also “inhabiting” the house is the prime (Jon Hamm), a friendly, idealized projection of her late husband who is there for solace and company.

The Tony-nominated actress (The Grapes of Wrath, Buried Child), who played Sookie’s beloved grandmother on HBO’s True Blood, will be appearing in conversation after Marjorie Prime, and with director Jan de Bont on Oct. 20 for a double feature of 1996’s Twister and 2002’s Minority Report.

The retrospective concludes with Paul Mazursky’s 1976 dramedy Next Stop, Greenwich Village, and 1970’s Five Easy Pieces, for which she won the National Society of Film Critics honor as Jack Nicholson’s sister.

How did the movie happen? Did writer/director Michael Almereyda see Jordan Harrison’s play here three years ago at the Mark Taper Forum?

Lois Smith: Yes, we have known each other for years.  He knew this was a play that I loved. I’d been talking about it because it was quite a while between the time I was first brought the play, when it was brand new. Michael knew my enthusiasm. Then the Taper was the first theater that booked to do it.

Michael came to L.A. to see it and quite quickly he thought how much he would like to make a film of it.  I introduced him to Jordan. They spent some time together and worked it out so he could do it. 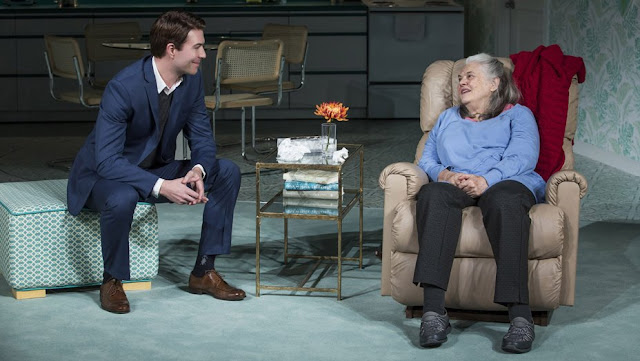 I saw the play at the Taper, but I found the movie so intimate and moving. I was crying at the end. It was an extraordinary look at love, death, time….

Lois Smith: And memories. I’m so glad you feel that way about it. I’m so excited that it exists.

I would imagine, though, you would need to change your performance somewhat because of the intimacy of film.

Lois Smith: There is always a toning down. It’s a very different kind of projection when you’re on the stage or when you are in front of the camera.  But otherwise, it’s not as though I felt I made a lot of changes.

Automatically [being a movie], a lot of changes have been made. I’m no longer spending the time in a recliner, almost the entire time on the stage. In terms of changes in the text of the script, Marjorie’s text is less.

I think that Jordan and Michael have a very different tone to the material. I think Michael did this because he loved the play. But it’s nature, I think, is changed because it’s sadder. There’s less humor in the film. 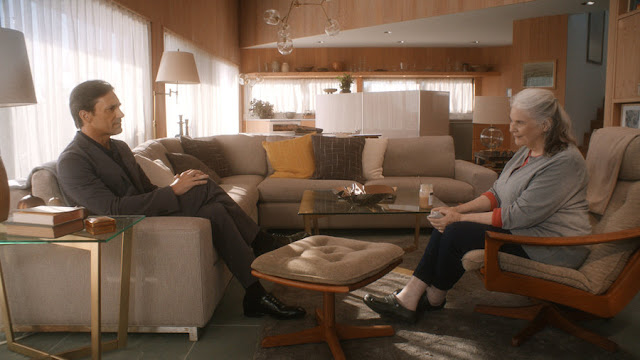 Michael surrounded you with a wonderful cast: Geena Davis, Tim Robbins, and Jon Hamm as the hologram of your late husband. I especially loved your scenes with Geena.

Lois Smith: Those scenes are wonderful. I think they are sort of major.

Would you ever want a prime of a loved one?

Lois Smith: That never occurred to me until people seeing the play and the film starting asking the question. So now, I guess I haven’t wanted one. If I thought about it a lot, would I? I haven’t come to that conclusion.

The Cinematheque’s retrospective opens with 1996’s Twister and Steven Spielberg’s 2002 Minority Report. And you and Twister director Jan de Bont will appear in conversation after the screening of the film.

What was it like working with Spielberg on Minority Report, where you have a terrific scene with Tom Cruise playing the scientist who discovers the technology who can detect murderers before they kill?

Lois Smith: When I first had the part I kept asking them for the script and they were very wary about giving it out. When I went to Los Angeles, I had costume fittings. Instead of sending photos to Steven Spielberg, a photo or a series of photos, they took me to meet him on the set where he was shooting. He was very particular and knew what he wanted and okayed the costume itself. 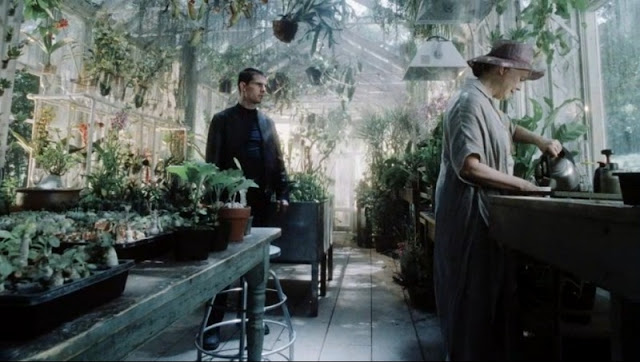 I still had this very long scene in which I did most of the talking to learn over the weekend. We started shooting on a Monday and he arranged a kind of a rehearsal when they were off from shooting. Tom and I had a real rehearsal with Steven Spielberg; I was so grateful for that. It let me know what he wanted and what he had in mind.  It just pushed my work up a notch. I love doing that scene. [Spielberg] is wonderful to work with. I think he knows everything.

One of my favorite films, 1970’s Five Easy Pieces, is screening at the Cinematheque. Jack Nicholson received his first best actor Oscar nomination for the drama directed by Bob Rafelson, and you won a National Society of Film Critics award playing Nicholson's sister.

Lois Smith: That company was wonderful. We all stayed together in the same, I guess it was a motel actually, on Vancouver Island. Every night we sat together and ate dinner, talked about the film, hashed out things and worried about different endings. There’s nothing more fun than that kind of work. 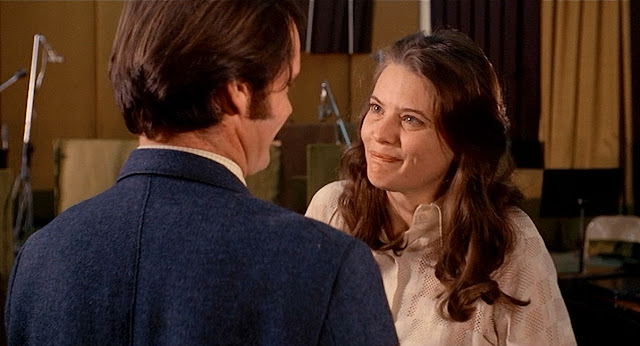 And, of course, the retrospective is also screening your first film: 1955’s East of Eden, in which you play a shy barmaid opposite James Dean in his first starring role. I know you are asked to death about working with Dean, but what were your feelings about working with the legendary director Elia Kazan?

Lois Smith: I think he liked to speak to one actor to encourage things that the other actor didn’t know what’s coming. I think James Dean and I had to improvise together on the scene. It’s such a beauty. I love that scene and the way he shot it.

What’s next for you?

Lois Smith: I have some plays I’m going to do off-Broadway. The New Group is going to do a new play by Lily Thorne in the spring, Peace for Mary Frances.

And Craig Lucas has a new play that starts rehearsing next summer, I Was Most Alive with You, that will be done at Playwrights Horizon. In that one, there are two deaf characters and deaf actors playing then. We are all learning sign language, which is so exciting.

You still have such a love and passion for your craft. I’m so glad you are still working.

Veteran journalist Susan King wrote about entertainment at the Los Angeles Times for 26 years (January 1990 - March 2016), specializing in classic Hollywood stories. She also wrote about independent, foreign and studio movies and occasionally TV and theater stories. She received her master's degree in film history and criticism at USC. After working 10 years at the L.A. Herald Examiner, she moved to the Los Angeles Times.
Posted by American Cinematheque at 4:41 PM
Email ThisBlogThis!Share to TwitterShare to FacebookShare to Pinterest
Newer Post Older Post Home