The American Cinematheque will present the 31st American Cinematheque Award Sponsored by GRoW @ Annenberg to Academy Award nominee Amy Adams at the Cinematheque’s annual benefit gala. The presentation will take place Friday, November 10, 2017 at The Beverly Hilton (9876 Wilshire Blvd.) in Beverly Hills, CA. The award presentation is held in the International Ballroom and will include in-person tributes from some of Adams’ colleagues and friends (to be announced as they are confirmed). 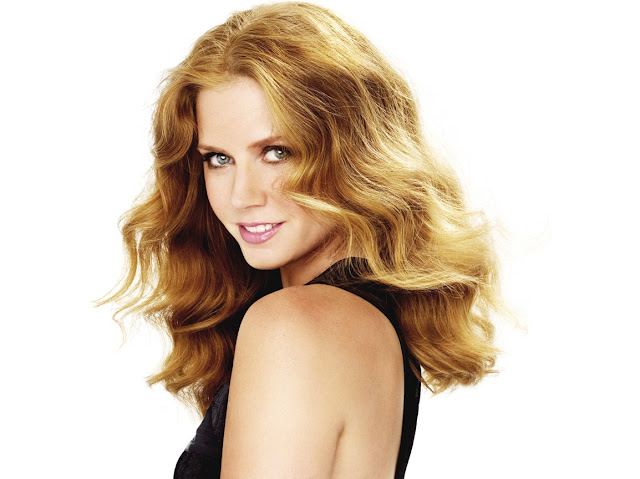 "The American Cinematheque is extremely pleased to honor Amy Adams as the 31st recipient of the American Cinematheque award at our celebration this year," said Rick Nicita, American Cinematheque Chairman. “Amy Adams is one of the most beloved, admired and respected actresses in movies today. Her credits range from critical favorites like American Hustle and Arrival to blockbusters like Enchanted and Man of Steel, combining strong reviews and commercial success. Her appeal crosses all demographic groups and she continues to broaden her audience with performances that illuminate her movie-star qualities. She has been honored with many nominations and awards from critics, fans and industry organizations all over the world. In the words of one of her directors, she is smart, tough, funny, warm, ambitious and, of course, beautiful. Combined with her shining talents and unequalled likability in a career that is skyrocketing, Amy Adams is the ideal recipient of the American Cinematheque’s 31st annual award.”

“The American Cinematheque is grateful to Gregory Annenberg Weingarten whose generous support through his philanthropic initiative GRoW @ Annenberg will help fund programs at the Cinematheque throughout the year,” said Rick Nicita.

GRoW @ Annenberg is the philanthropic initiative led by Gregory Annenberg Weingarten, Vice President and Director of the Annenberg Foundation. GRoW @ Annenberg is dedicated to supporting humanitarian efforts across the globe as well as innovative projects in health, education, the arts and civic and cultural life. 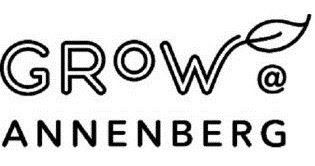 “Working as a visual artist in the city of Paris for 25 years, and now in Los Angeles, I am keenly aware of the importance of cinema - the ultimate art form combining image, sound, music, and narrative,” said Weingarten. “I am proud to be a partner with the Cinematheque to support this Hollywood tradition so cherished around the world.”

The executive producers of the show are Paul Flattery and Barbara Smith. Irene Crinita is the producer. Corrinne Mann is the event producer. Co-chairs and presenters of the event are detailed here.

Amy Adams was the unanimous choice of the Cinematheque Board of Directors selection committee. Since 1986, the organization has annually honored an extraordinary artist in the film industry, who is fully engaged in his or her work and is committed to making a significant contribution to the art of the motion picture. For many years, the event was known as the Moving Picture Ball. Funds raised benefit the year-round programming of the non-profit cultural organization, the American Cinematheque (founded in 1981 by Gary Essert and Gary Abrahams).


The audience is comprised of entertainment industry notables who turn out to support the honoree and the American Cinematheque. This annual event is the American Cinematheque’s most important benefit, providing funds for the non-profit film exhibition organization’s programs throughout the year and operation of the historic landmark Egyptian Theatre on Hollywood Boulevard as well as the Aero Theatre in Santa Monica on Montana Avenue.

Amy Adams is a five-time Academy Award nominee and two-time Golden Globe winning actress. She has built an impressive body of work, challenging herself with each new role.

Adams recently starred in Denis Villenueve’s Arrival opposite Jeremy Renner and Forest Whitaker. Taking place after alien crafts land around the world, the film follows the story of an expert linguist (Adams) who is recruited by the military to determine whether the aliens come in peace or are a threat. For her role, Adams was nominated for a Critics’ Choice award, Screen Actors Guild award, and a Golden Globe award in the category of “Best Performance by an Actress in a Motion Picture, Drama.” In addition, she has been named Best Actress by the National Board of Review on behalf of the film. Paramount Pictures released the film November 11, 2016. The film to date has grossed roughly $200,000,000 worldwide.


Additional 2016 film credits include Tom Ford’s Nocturnal Animals, opposite Jake Gyllenhaal. The film, based on Austin Wright's 1993 novel Tony and Susan, was released by Focus Features on November 18, 2016. In March 2016, Adams appeared in Batman v Superman: Dawn of Justice, the sequel to the highly successful Man of Steel which was released in 2013. She reprised her role of Lois Lane opposite Henry Cavill as Superman and Ben Affleck as Batman; The film was released by Warner Bros. on March 25, 2016.

Adams can next be seen in Justice League Part One, in which she reprises her role as Lois Lane opposite Ben Affleck, Henry Cavill, and Gal Gadot. Directed by Zack Snyder, the DC film is slated to be released by Warner Bros. November 17, 2017.

Adams is currently in production on HBO’s high-profile drama series Sharp Objects, in which she will star and executive produce with Jean-Marc Vallée at the helm as director. Based on Gillian Flynn’s New York Times best-selling book by the same name, the series centers on a reporter (Adams) who confronts the psychological demons from her past when she returns to her hometown to cover a violent murder. The series will be released in 2017.

Additional film credits include starring in Tim Burton's Big Eyes opposite Christoph Waltz. In the biographical drama, Adams plays Margaret Keane, and Waltz plays her husband Walter Keane. The film tells the real-life story of the iconic couple who found immense success marketing paintings of large-eyed children back in the 1950s and '60s, with Walter taking the credit for his shy wife's creations. Adams won a Golden Globe for “Best Actress in a Motion Picture, Musical or Comedy” and earned a BAFTA nomination for the performance. The Weinstein Company released the film December 25, 2014.


Adams starred in David O. Russell's American Hustle opposite Christian Bale, Bradley Cooper, and Jeremy Renner. The film was released December 18, 2013 by Columbia Pictures. Adams won a Golden Globe Award for “Best Actress in a Motion Picture, Musical or Comedy,” a Critics' Choice Award for “Best Actress in a Comedy,” and a SAG Award for “Outstanding Performance by a Cast in a Motion Picture” for her performance in the film. Adams' role also garnered her fifth Academy Award nomination and BAFTA nomination. Adams was also recently seen in Spike Jonze's Her opposite Joaquin Phoenix which was released by Warner Bros. December 18, 2013.

Adams previously starred in Paul Thomas Anderson's The Master opposite Joaquin Phoenix and Philip Seymour Hoffman. The 1950s-set drama centers on the relationship between a charismatic intellectual known as “The Master” whose faith-based organization begins to catch on in America, and a young drifter who becomes his right-hand man. Adams plays Peggy Dodd, the wife of Philip Seymour Hoffman. Adams' role garnered her a Golden Globe and BAFTA nomination in addition to her fourth Academy Award nomination.


In summer of 2012, Adams played the baker's wife in Into the Woods as part of Shakespeare in the Park at the Delacorte.

Adams starred in Kevin Lima's Enchanted opposite Patrick Dempsey and Susan Sarandon. Enchanted is a romantic fable that mixes live action with CG animation for Disney. The film was released November 21, 2007, and grossed over $300 million worldwide and earned her a Golden Globe nomination.

It was Adams' role in Phil Morrison's Junebug in 2005 in which she earned her first Academy Award and SAG nominations. She won an Independent Spirit Award, Broadcast Film Critics Association Award, National Society of Film Critics Award, San Francisco Film Critics Society Award, and the Breakthrough Gotham Award for her role. Adams also won the Special Jury Prize for Acting at the 2005 Sundance Film Festival for her role as the pregnant, wide-eyed Ashley, who is awe-struck by the arrival of her glamorous sister-in-law.

Tickets to the Cinematheque Tribute, an elegant black-tie dinner followed by a multi-media award presentation, start at $600. Call Mann Productions for tickets and further information: 323.314.7000.

Established in 1981, the American Cinematheque is a non-profit viewer-supported film exhibition and cultural organization dedicated to the celebration of the moving picture in all of its forms. At the Egyptian Theatre, the Cinematheque presents film and video programming which ranges from the classics of American and international cinema to new independent films and digital work. Exhibition of rare works, special and rare prints, etc., combined with fascinating post-screening discussions with the filmmakers who created the work, are a Cinematheque tradition that keep audiences coming back for once-in-a-lifetime cinema experiences. The American Cinematheque renovated and reopened (on December 4, 1998) the historic 1922 Hollywood Egyptian Theatre This includes a state-of-the-art 616-seat theatre housed within Sid Grauman’s first grand movie palace on Hollywood Boulevard. The exotic courtyard is fully restored to its 1922 grandeur. The Egyptian was the home of the very first Hollywood movie premiere in 1922.

In early 2005, the American Cinematheque expanded its programming to the Westside with the January 5th opening of the 1940 Aero Theatre on Montana Avenue in Santa Monica.

Both theatres play host to an array of industry guests who share their filmmaking experiences with our audiences.

Updates on Amy Adams colleagues who will appear in person at the 31st Annual Cinematheque Awards can be found here.


Special thanks to the Gala sponsors: