THE CIMINO LEGACY, by F.X. Feeney

My late friend Michael Cimino scaled Mount Everest twice, making the movies he had in his head. Those twin peaks were The Deer Hunter and Heaven’s Gate. In each case he spent a lot of money and pissed off a lot of people. His roughneck tactics cost him greatly. He made only seven films in the 22 years between 1974 and 1996, a period in which any other director of his powerful skill-set might have made twice as many – four times as many if he’d kept filming at full strength between 1997 and 2016. 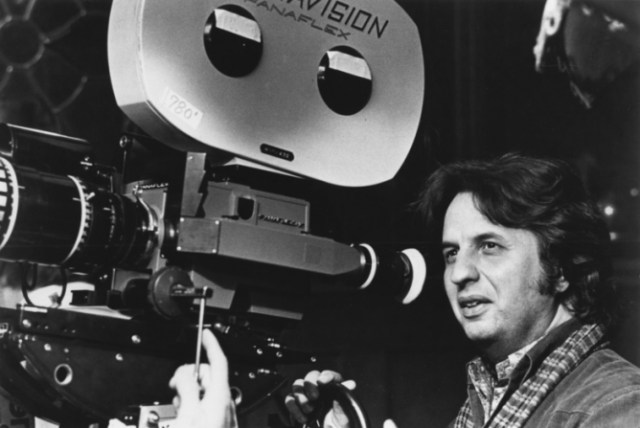 So what? He’s dead now. As complicated and even difficult a man as he was, he wasn’t some vampire – there is no need to put a stake through his heart, as Peter Biskind seemed hell bent on doing in The Hollywood Reporter this past July 12th with his article: "Michael Cimino’s Twisted,Tortured Legacy."

See the films. Thunderbolt and Lightfoot (1974) was the first Clint Eastwood film ever nominated for an Oscar (for Jeff Bridges, as Best Supporting Actor) an exceptional treat from the Dirty Harry era that remains a pure pleasure now. The Deer Hunter (1978) is in a class by itself. It was clearly frustrating for higher ups to deal with Cimino’s belligerence and artful dodges day-to-day. (My friend and Cal Arts schoolmate Thom Mount is vivid and funny on the topic in Biskind’s 1998 book Easy Riders, Raging Bulls, though his words are tiresomely recycled in the context of this latest post-mortem.) What we must never forget is that the film which resulted from these fights won the Oscar for Best Picture, and won on the very terms for which Cimino was most passionately fighting. That long wedding and that long deer hunt are emotionally indispensable build-ups to the poetic thunderbolt of the Russian roulette scene, as is its payoff, in the film’s final moments, through the fragile (and courageous) affirmation of “God Bless America.” In shape, challenge, and rhythm there is no other movie like The Deer Hunter in movie history – unless you count Heaven’s Gate, which directly followed. 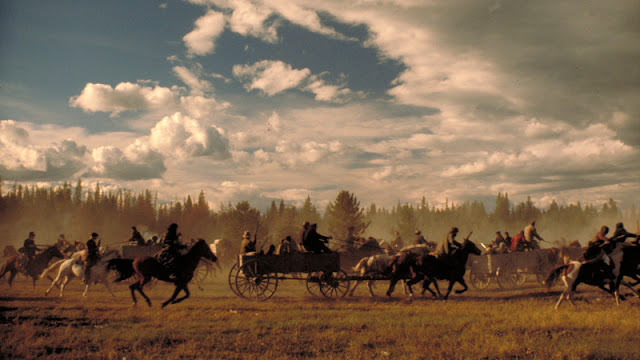 Heaven’s Gate makes an aggressive demand on every viewer’s patience, going in. We start with a college graduation in 1870 and then jump forward twenty years. Our first “hook” of visceral suspense – the ghastly murder of an impoverished cattle-thief, at the hands of a paid assassin, played by Christopher Walken – doesn’t come until the end of the first half hour. This is extremely risky storytelling. Yet the long opener which precedes it creates a context of deep Americana, of enormous wealth and its heirs operating blood-thirstily ‘neath the spacious skies. To this day such a theme is prophetically relevant – more so today than ever. By coincidence I saw Heaven’s Gate again on the big screen the night before Biskind’s article came out and found its epic vision downright clairvoyant. Immigrants are brutalized by the rich and law enforcement is over-militarized before our eyes – as if the story were somehow being ripped from today’s headlines, 36 years later. (What other movie can we say this about?) The love story between Kris Kristofferson’s Hamlet-like Harvard grad, Isabelle Huppert’s immigrant brothel-owner, and Walken’s Hotspur of an assassin makes more beautiful and tragic sense than ever now, set against this mighty backdrop of American society, layered with people of different classes and backgrounds, circling each other in romantic fascination and suspicion.

This was an extremely dark vision of the American Dream to release two weeks after Ronald Reagan was elected in the landslide of 1980. People didn’t want to be reminded. This was nobody’s fault – not even Cimino’s. He was telling the truth as best he could with everything he had in him, plus every penny of United Artists’ money that he could lay his hands on. (This is what any worthy filmmaker would do – and does do.) There was also – alas – a catastrophic technical issue at that first screening in New York: the painstaking sound-mix (geared for the tack-sharp speakers at the Cary Grant stage in Los Angeles) came out muddy in any lesser venue, so that the thundering hooves and wagon wheels proved more audible than most of the dialogue. That has all been remedied in the 2013 restoration.

“I have no one to blame but myself,” Michael told me on a number of occasions, when I got to know him between 1988 and his death. He was often forced to contemplate his unique hardships. “I have to face up to the fact that there are too many people out there that I’ve treated very shabbily.” 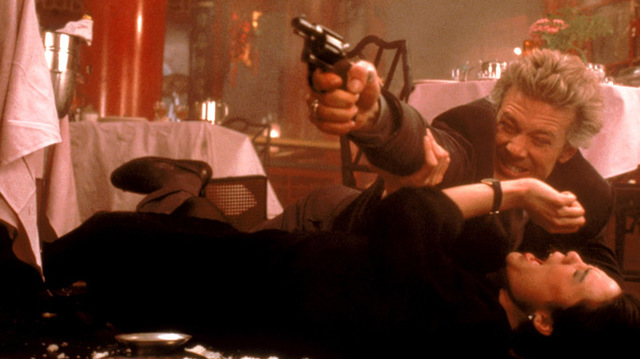 Long before we met I championed him in print. His movies just sang to me, as few do. This made friendship easy, especially after the death of our mutual friend Jerry Harvey, who through his pay television venue Z Channel not only rescued the director’s cut of Heaven’s Gate but later lobbied successfully for The Sicilian (1987) to be brought out in the form Cimino intended on home video. If Michael ever felt sorry for himself – and there were long moments when he had no choice; punctured hopes were plentiful, after what would prove to be his last two pictures, Desperate Hours (1990) and Sunchaser (1996) – he took full responsibility. He never blamed the system. Indeed, I don’t think he ever believed Hollywood has “a system.” He understood it as a great game, a double-down free-for-all at which he himself excelled until probabilities caught up with him.

Biskind is welcome to his opinion that Cimino’s films after Heaven’s Gate are “undistinguished.” My contention is that each one constitutes a victory against ever steepening odds. Year of the Dragon (1985) is a particular master-work of latter day film noir, produced by United Artists five years after Cimino supposedly destroyed UA. Despite being controversial, despite being poorly promoted in cities outside New York and Los Angeles, it still turned a profit by the end of 1985, his last commercial success. The behind-the-scenes battle afflicting The Sicilian did more to harm to his career than any behavior making Heaven’s Gate – that, and sinking returns at the box office.

A few weeks before his death, Michael consulted a physician about a mild respiratory complaint but otherwise suffered no signs of ill health. When I last had lunch with him on June 19th, he was full of energy and plans. Nevertheless, because he was an intuitive man, I feel certain looking back that he had an inkling his life was drawing to a close. He took deliberate care to mend fences with as many people as he could in the last year of his life, and with me that last day he was more reflective than I’d ever known him to be about his early life. He was full of amused memories centered on his dad’s fierce perfectionism. 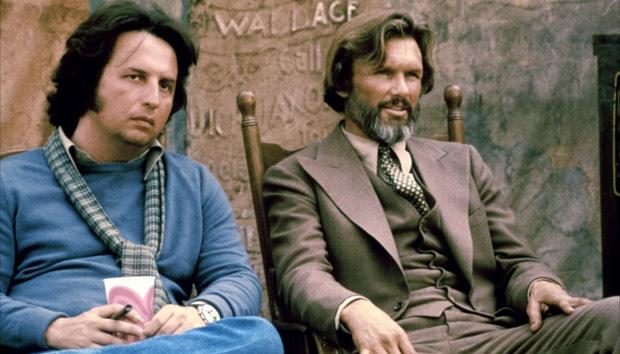 Friends and loved ones found him impossible to reach after the 28th of June, and – when the police entered his house after several days – the officer who found him tucked in his bed described him as “peacefully deceased.” His heart had apparently stopped without trauma, in sleep. There was no funeral or public memorial thereafter, and he needs none. His monuments are onscreen.

We lose sight of what’s important when we measure movies – and judge their bravest makers, especially Cimino – so mercilessly in terms of money. Yes, they cost a lot. Yes, we need them to be profitable if we wish to keep making movies. Orson Welles, mocked just as meanly years ago as Cimino is now, and for many of the same reasons, called movies “the most expensive paint-box in the world,” but shrewdly pointed out that any one of us could make a hell of a lot more money on Wall Street or in Silicon Valley, or by buying and selling weapons. We do not make movies for wealth – though a rare few of us do get lucky. No: we who make our lives in the world of movies will make them even if we never get rich because, when we get it right, when we bring one off, we master reality in relation to our dreams. This is what Cimino lived for. He dreamt and gambled at a pitch of success and failure few if any of us will ever know. Few if any of us could survive five minutes at such a celestial threshold.

There is a Russian proverb which casts God as an almighty storekeeper who tells us: “Take what you want and pay for it.”


Michael understood that rule, and honored it with every risk of his life. From here on, we should honor him.

The Aero and Egyptian Theatres are hosting a Cimino retrospective from August 3-7, 2016, with F.X. Feeney introducing each screening.

F.X. Feeney is a writer and filmmaker based in Los Angeles, and a frequent onstage interviewer for the American Cinematheque. His most recent book is Orson Welles: Power, Heart and Soul, published by The Critical Press. He will be introducing each film in our tribute, REMEMBERING MICHAEL CIMINO from August 3-7.