AMANDA PLUMMER AT THE AERO FOR ROBIN WILLIAMS RETROSPECTIVE

This Thursday, July 9, marked the first of the Aero Theatre’s four-day retrospective on the life and work of Robin Williams, whose unexpected death last August greatly saddened fans and non-fans alike. The Aero hosted a double feature screening of The Fisher King and The World According to Garp, with special guest Amanda Plummer, a friend and co-star of Robin’s.


During the Q&A, Plummer recounted (and reenacted) a story about Williams, from a time when she was living in Brooklyn. She had run into him on the street while he was filming, and he asked to be introduced to what friends and acquaintances Plummer knew nearby, as he could not stray too far from the set. She pointed to the emergency exit on the left wing of the theater and said, “well that’s my grocery store,” and so they went. In the store, Robin Williams introduced himself to everybody he could, not in a way to make himself the center of attention, but, she stressed, to truly connect with these people. This is the man who we have come to know as Robin Williams, whose glowing eyes illuminated the darkest of shadows, whose smile cuts through the petty grudges and annoyances of life, and to whose charm resistance is futile. No matter the character, Robin Williams is energetic, engaging, and endearing.

Plummer spoke about Robin’s gentleness and selflessness, and his ability to “go to the depths.” During the filming of The World According to Garp, “he came up to me, and my hands were lying loosely at my side, and he brought my arm up, and he ran his finger in the softest, gentlest way [up my forearm] and I felt so centered by that. [It] was so generous. It felt good. All of the times I saw him he was always like that, gentle, thoughtful, caring, and loving, and listening, watching, observing.” She talked about his performance in The Fisher King, how moving and intense it was when “the glass on the door splits him in two,” a trick of the camera, “and he goes down and the horse comes, and he goes to that place, and, of course, I watched it all night, him doing it just ripped your guts out watching it, but in a beautiful way.” She also talked about the necessity of feeling vulnerable, “falling is really important, failing is really important, making mistakes and making a fool of yourself is absolutely necessary.” 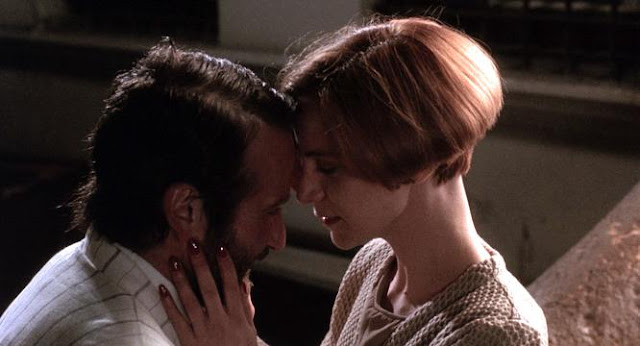 She spoke briefly about his relationship with Jeff Bridges, which she said was “damned cool,” and her thoughts on working with Terry Gilliam, whose name aroused a purring sound in her, and she said, “he’s a lion. He really is a lion on the set…the vibe I got off him was that anything goes, as long as it’s truthful. Change it up, as long as it’s life.” She talked some about her experience as an young actor, being forced into a persona by her audience, “you’re face to face with [your identity] constantly, who [the audience might] think you are, what you are, what you will be, what you were, and anything that comes into their head…in everything I’ve done, on stage and on screen, what I attack most is what my assumptions are. I have to go deep and grapple with them, and then they float away like they were never there, I have assumptions of the audience, and then it mirrors back onto me. That’s the work I do as an actor.” She spoke, too, about the importance of a good script, and about her experiences producing, in Plummer’s opinion, “the best writing is the kind that floats off the pages, it doesn’t have any gender, there are no marks, like Ionesco and Chekhov, [the writing] is free fall, so you can jazz with it. It can be different every night.”

Plummer produced a Tennessee Williams play called Two-Character Play, a name which she was inclined to laugh at, and talked some about the difficulties of finding an audience for a play that was unpopular, and her success in creating a production worthy of the script. Towards the end of the Q&A, a woman asked what of Robin’s death Plummer knew or understood, a question to which she merely replied, “I have no answers for you." At the end of the Q&A, as the applause drowned out any audible sound, the words “to Robin” could be read on Plummer’s mouth. 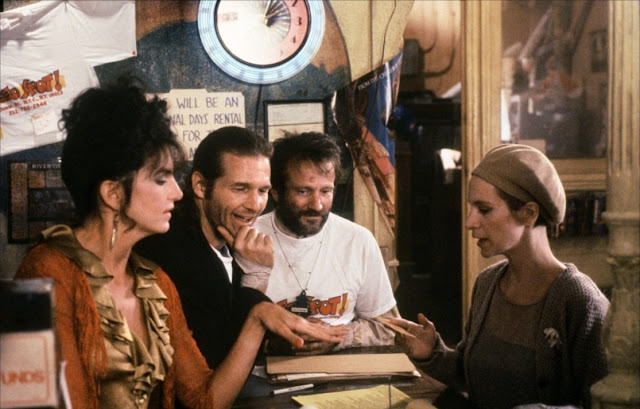 Robin Williams is survived by these two films which played last night, among many others, several more of which will be screened throughout the rest of this weekend. His death came like the falling piano in The World According to Garp: silent until its impact, upon which it produced a cacophony of musical notes and splintering wood, spurring the cries of grief and of love. He lives in his performances on screen, two dimensional in space alone, and in the great beyond which exists in the hands and hearts of the people whom he so loved, and who so love him.