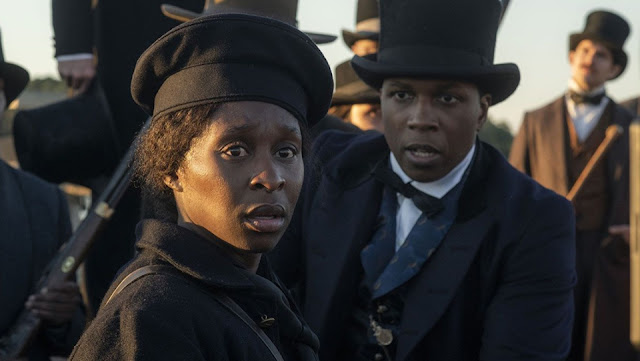 Like the rest of Los Angeles, we at the Cinematheque are fully immersed in awards season. In addition to our usual repertory screenings, we've added a slew of events that feature films nominated for the 2020 Academy Awards, many of which include Q&As with filmmakers. You won't want to miss these.

For a full list of these just-added screenings, along with the full calendars for January and February and beyond at the Aero and Egyptian Theatres, see our website. We hope you'll join us for these spectacular films on the big screen, as they were meant to be seen.

At the Aero:
Saturday, January 25, 2:30pm TOY STORY 4
Matinee Screening! In the new TOY STORY 4, new member of the toy collection Forky (Tony Hale) declares himself as “trash” and not a toy, and Woody (Tom Hanks) takes it upon himself to show Forky why he should embrace being a toy. Discussion following TOY STORY 4 with director Josh Cooley, screenwriter Stephany Folsom, and producers Jonas Rivera and Mark Nielsen.
http://americancinemathequecalendar.com/content/toy-story-4-0

Sunday, January 26, 1:00pm LITTLE WOMEN
On 35mm! The new LITTLE WOMEN draws on both the classic novel and the writings of Louisa May Alcott to tell the story of the four March sisters in the wake of the Civil War. Discussion following with director Greta Gerwig and producer Amy Pascal!
http://americancinemathequecalendar.com/content/little-women-1

Monday, January 27, 6:30pm HARRIET
Based on the thrilling and inspirational life of an iconic American freedom fighter, HARRIET tells the extraordinary tale of Harriet Tubman's (Cynthia Erivo) escape from slavery and transformation into one of America’s greatest heroes. Discussion following with actress Cynthia Erivo. This program is free with RSVP.
http://americancinemathequecalendar.com/content/harriet-0

Wednesday, January 29, 7:30pm I LOST MY BODY
Romance, mystery and adventure intertwine as a young man falls in love and a severed hand scours Paris for its owner in mesmerizing animated feature I LOST MY BODY. Discussion following with director Jérémy Clapin. This program is free with RSVP.
http://americancinemathequecalendar.com/content/i-lost-my-body-0 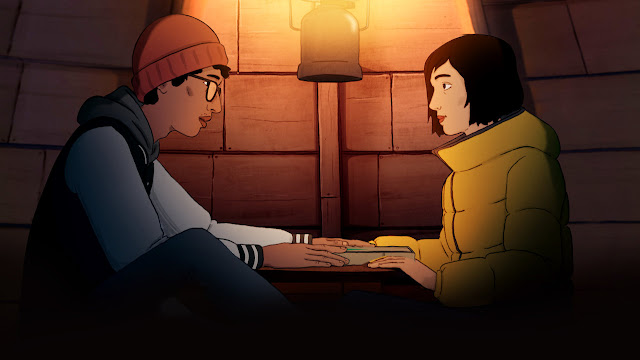 Monday, January 27, 7:30pm ONCE UPON A TIME IN HOLLYWOOD
ONCE UPON A TIME … IN HOLLYWOOD visits 1969 Los Angeles, where everything is changing, as TV star Rick Dalton (Leonardo DiCaprio) and his longtime stunt double Cliff Booth (Brad Pitt) make their way around an industry they hardly recognize anymore. A conversation with director Quentin Tarantino precedes the film.
Note: We are sold out online for the conversation with Quentin Tarantino with ONCE UPON A TIME... IN HOLLYWOOD. We did reserve some for tickets for American Cinematheque upper level members. If you are interested in getting one of these tickets, and are a Friend level ($175) or above member, please contact andrew@americancinematheque.com You can still join (online via our website) and gain access to this limited number of tickets. There will also be a standby line on the day of the show, when box office opens.
http://americancinemathequecalendar.com/content/once-upon-a-time-%E2%80%A6-in-hollywood-0

Tuesday, January 28, 7:30pm THE IRISHMAN
During her 50-plus-year career, editor Thelma Schoonmaker has crafted some of the greatest scenes and sequences in the cinema, celebrated for her work on nearly all of Martin Scorsese’s filmography. This conversation with the Oscar winner about her work will be followed by a screening of the new THE IRISHMAN, an epic saga of organized crime in post-war America.
http://americancinemathequecalendar.com/content/a-conversation-with-thelma-schoonmaker

Friday, January 31, 7:00pm PARASITE
L.A. Premiere of Black & White Version! In the Oscar-nominated PARASITE, Kim Ki-woo (Woo-sik Choi) agrees to take over from his friend as English tutor for the daughter of a wealthy family, setting the stage for an epic showdown as class warfare meets black comedy, with the stakes deadlier than you could ever imagine. 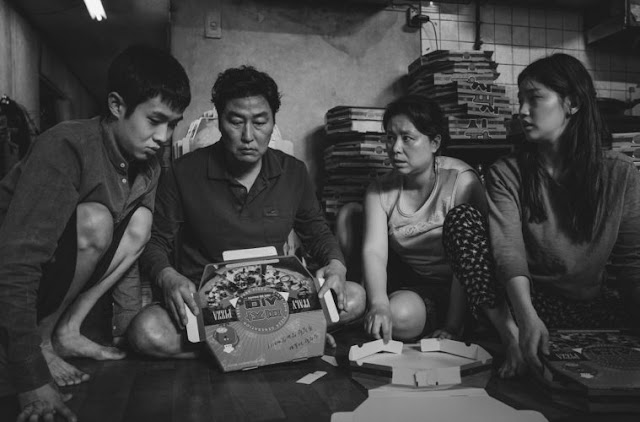