The American Cinematheque, Besame Cosmetics and the Art Deco Society of Los Angeles present the event 1930s Vintage Glamour Day: Makeup, Fashion & Film, a multi-tiered event that puts the glamor of yesteryear into focus. The event takes place at the Egyptian Theatre (6712 Hollywood Boulevard, Los Angeles, CA 90028) on Saturday, May 31, 2014 starting at 11:30 AM. Tickets are available at the box office and in advance on www.fandango.com

The schedule is as follows:
11:30AM: Doors will open at for make-up demos and tips by Bésame Cosmetics, an ephemera exhibit of items from the vintage cosmetics collection of Joan Renner of The Vintage Powder Room, quick vintage "how-to" hairstyling tips from Sandra D, 1930s dress display by Paper Moon Vintage and old fashioned ice cream sodas for sale from C.K. Farnsworth!

12:45PM: “The Modern Face: 1930s Beauty with Bésame Cosmetics” (60 min.)
Gabriela A. Hernandez, CEO of Bésame Cosmetics and author of Classic Beauty: The History of Makeup, will give an illustrated presentation focusing on the feminine beauty trends of the 1930s, a pivotal decade for the cosmetics industry, that ended with the onset of WWII. Women saw themselves as modern and sophisticated, and looked to cosmetics to enhance this image of beauty. Onscreen, the greasepaint of the silent film era became outmoded and Max Factor introduced Pan-Cake makeup with the 1937 production of the rarely-seen Technicolor extravaganza, VOGUES OF 1938.


The lecture is followed by a 1930s fashion show and an introduction to VOGUES OF 1938 by Los Angeles historian Marc Chevalier.

After the film, actress and model in the 1930s, Marsha Hunt will sign copies of her book The Way We Wore: Styles of the 1930s and '40s and Our World Since Then in the lobby. Books will be sold for $40.

Event timing subject to some fluctuation. 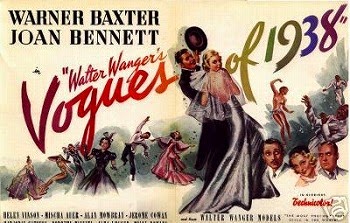 
Gorgeously filmed and costumed, with first-rate performances and a sparkling script this TECHNICOLOR romantic comedy --set in 1937's New York City-- has it all: high fashion, a winsome runaway bride, The Cotton Club's singers and dancers, snobs of all stripes laid low, hazardous rollerskating tricks, and Max Factor's makeup magic ... all in glowing color. Don't miss the chance to see this nearly forgotten film on the big screen!

Truly a feast for the eyes, this musical (an Oscar nominee for Best Art Direction) makes stunning use of Technicolor to show off some of the most beautiful costumes of the 1930s. Runaway bride Joan Bennett leaves wealthy Alan Mowbray at the altar to become a model, eventually falling for fashion designer Warner Baxter. As a rival designer, Mischa Auer is an absolute delight. 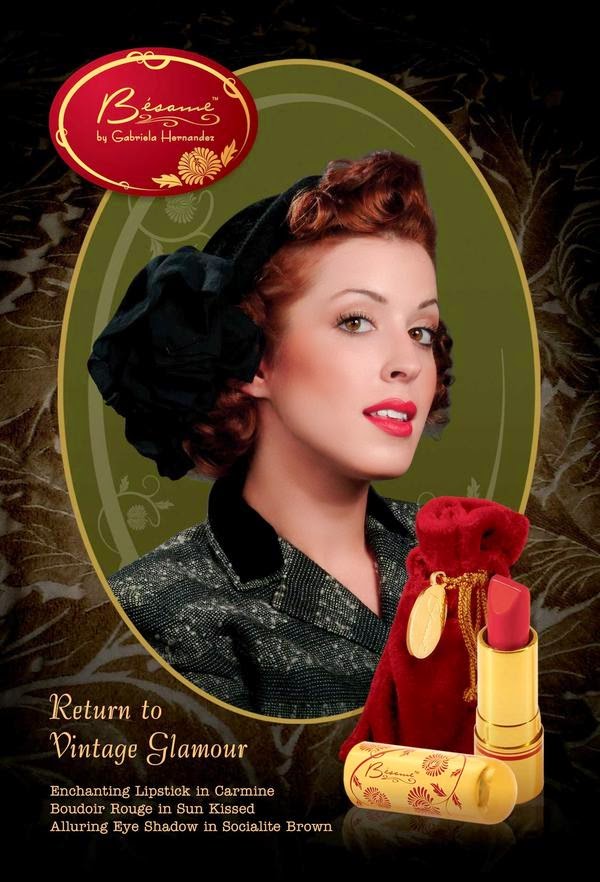 Besame Cosmetics:
The Bésame Cosmetics line evokes the bygone era of elegance and glamour when compacts were as important an accessory as designer jewelry for a night on the town! Besame Cosmetics are carried at many of the finest vintage and reproduction clothing stores in the world and can be found locally in the Los Angeles area in Burbank at 3505 West Magnolia Blvd., Burbank, CA 91505.

Gabriela A. Hernandez is the CEO of Bésame Cosmetics and author of Classic Beauty: The History of Makeup.


Marsha Hunt
Before Marsha Hunt became a Paramount Pictures contract player in 1935, she was a New York fashion model represented by one of the era’s top agencies: John Robert Powers.  Even in Hollywood, Ms. Hunt posed for hundreds of fashion photos in the best outfits the ‘30s and ’40 had to offer.

Nearly six decades later, this film/stage/radio/television actress, human rights activist, and blacklist survivor wrote a definitive book about 1930s and ‘40s Hollywood fashion: The Way We Wore: Styles of the 1930s and '40s and Our World Since Then. Filled with 500 photographs from Ms. Hunt’s personal collection --studio shots, wardrobe tests, movie stills, and clippings-- The Way We Wore is a thorough visual record of a more glamorous era in American movie fashion. Accessories, hairstyles, and makeup are also featured, while Ms. Hunt’s wistful, candid commentary recalls a happy career as a studio contract player.

A gold mine of information for fashion students, designers, and old movie buffs, The Way We Wore will be available for sale at the “Vintage Glamour Day” event.  Marsha Hunt will be at the Egyptian Theatre in person to sign copies of her book.

The American CInematheque and the Art Deco Society team on "Historic Interludes," a series of illustrated presentations on topics relating to the culture, film, music, dance, art, trends in fashion, design, travel, food and other aspects of culture specific to the "Art Deco" era (1920s through 1940s). These afternoon events often involve booksignings, demonstrations, fashion shows and displays and are paired with a related film. These interludes connect us to our past and keep history alive. The lecture series is produced by Margot Gerber, Art Deco Society Board Member and American Cinematheque staff member.

The next installment in the lecture series is Working Women's Fashion with clothing historian Dave Temple of Clever Vintage Fashion. The Saturday, June 14 lecture will also include a fashion show and a vintage fashion sale featuring over 20 vendors! The event begins at 2:00 PM at the Egyptian Theatre and will include the film THE BEST OF EVERYTHING.